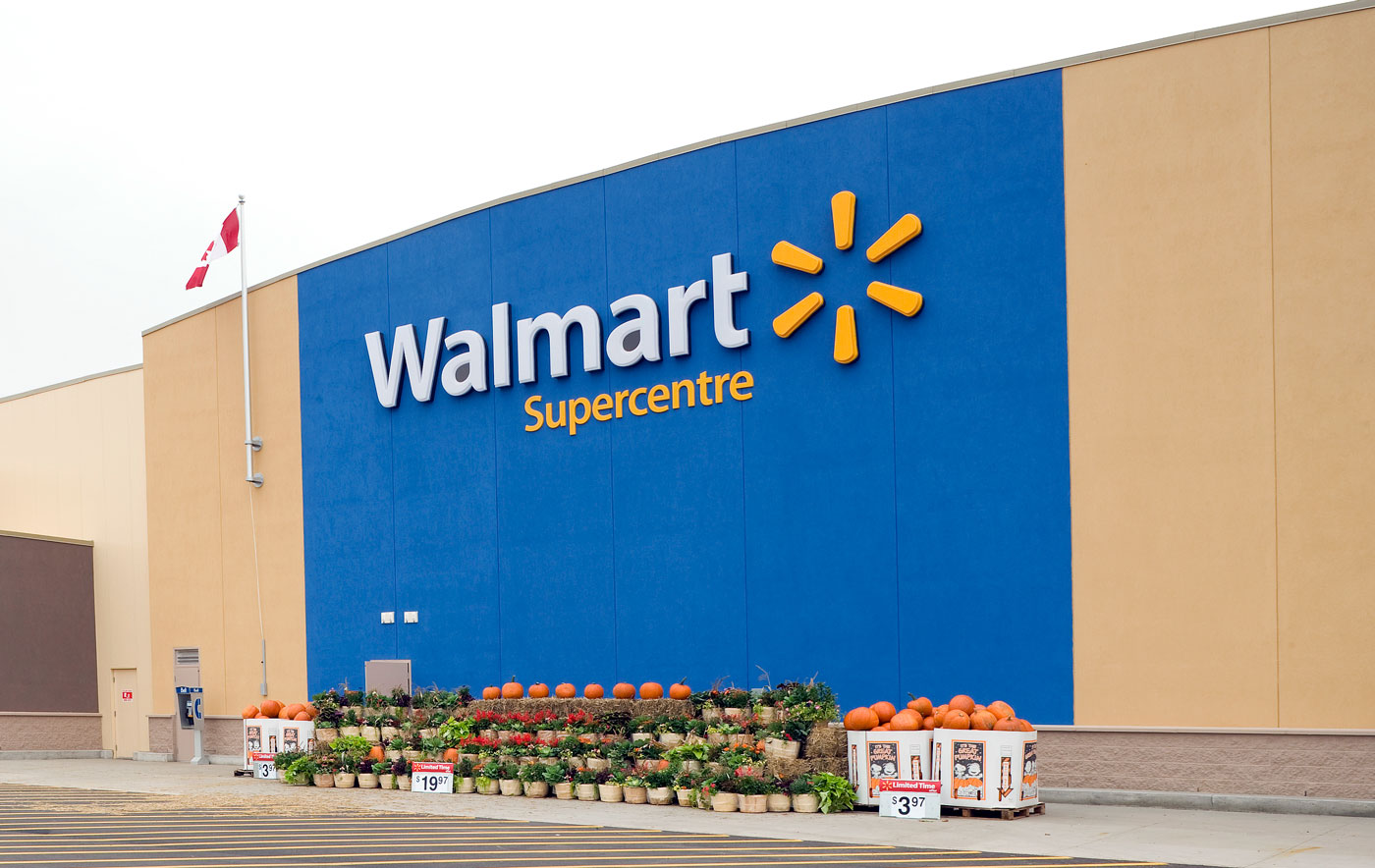 A Walmart store is the home of the first mental health clinic that Beacon Health Options has opened in a retail store, and super stores like this one may provide more sites for Beacon.

Texans stressed out by the busy holiday season can now not only shop for Christmas gifts at Walmart, but drop by for some mental-health help as well.

Beacon Health Options, a Boston-based behavioral health-services company, has opened an outpatient clinic at a Walmart Super Center in Carrollton, Texas, a city in the eastern part of the Lone Star State. It is the company’s first such mental-health office, offering therapy in a retail outlet like Walmart. And the health-care provider said it won’t be the last because it is evaluating other locations for a possible expansion.

“This initiative combines our company’s behavioral health expertise with our longstanding dedication to making quality care more accessible,” Russell Petrella, Beacon’s president and chief executive, said in a statement. “We chose a retail setting for the first practice because it offers the convenience of a local neighborhood location that is close by and easy to get to, and our evening hours accommodate our patients’ schedules.”

The clinic’s debut in Walmart is an example of what one executive calls the “retail-ization” of medical-office space, one of the changes sweeping this sector of commercial real estate. It emphasizes reducing health care costs by keeping people out of hospitals. As a result, medical providers are increasing looking to treat consumers in geographically convenient outpatient settings, be it a Walmart or other shopping center storefront.

Hospital systems are leasing large office buildings and filling them with their own physician groups, providing one-stop shopping for consumers. And reflecting the evolving needs of Americans, more mental-health facilities and drug rehabilitation centers are springing up and leasing space, partially driven by the opioid crisis sweeping the nation.

Unlike some sectors, medical-use leasing remains relatively recession-proof and has been boosted by the growing need for health-care services as baby boomers age, real estate brokers and developers said at a recent conference on medical properties sponsored by the Mid Atlantic Real Estate Journal.

The same week as the conference, which was held in Woodbridge, New Jersey, Beacon said it opened its clinic in the Texas Walmart.

“We have 60 square feet as well as use of a waiting room we share with a Walmart medical clinic,” a Beacon spokeswoman said in an email. “We are looking at a variety of opportunities to make behavioral health more accessible in areas like Carrolton, Texas.”

Beacon also said providing therapy in a retail setting offers patients more privacy, ironically, than stepping into a therapist or psychiatrist’s office, which is clearly marked as such. At the conference Deborah Nappi, a senior health care manager for the accounting firm Sax LLP, mentioned that now some traditional doctors are providing mental-health services at their practices.

“So therefore maybe if someone still has this stigma of ‘I’m going to a counselor,’ it’s right within your primary care so no one really knows what your visit is for,” said Nappi, whose firm is based in Clifton, New Jersey. “In all of my reading, mental health is huge. There is a shortage of mental health workers, so there’s a really big push to try to figure out how to meet this need.”

Panelist Darren Lizzack, an associate vice president with the brokerage NAI James E. Hanson, based in Teterboro, New Jersey, is helping tenants with another medical specialty that carries a stigma for some: treatment for drug addiction.

“I have just finished my first deal with a drug-rehab facility in New Jersey,” he said. “It’s national company. I’m working with another client right now that’s looking for the same thing. They’re also coming from out-of-state. I think there’s a big push to deal with the opioid problem here in the state and around the country, of course, for that matter. The issue is a lot of landlords don’t welcome that use very nicely. They’re very hesitant to allow that into their building because of that traffic that’s going to start showing up at their doorstep. The interesting thing is a lot of the people who are patients are like you and I. That’s the sad thing. So it’s going to be awhile to see this thing unfold, but it’s going to happen.”

The first tenant that Lizzack referred to, BayMark Health Services Inc. of Lewisville, Texas, took a lease at a building at 23-00 Route 208, Fair Lawn, New Jersey. BayMark specializes in the treatment of opioid addiction and has clinics around the country.

Conference panelist Cory Atkins, vice president of acquisitions for Atkins Cos., a real estate developer in West Orange, New Jersey, said large health care providers have shifted strategy, acknowledging that a big campus medical building isn’t the most cost-effective setting for a patient’s treatment. The new paradigm is that “they should be off-campus and in the community,” according to Atkins. That’s a way to promote branding and increase market share, he said, a trend he called “the retail-ization” of medical office space.

“Some of the medical users are essentially turning into a quasi-retail user where they’re going into retail strip centers, they’re going into places with high visibility and high traffic where they can brand themselves and get more visibility and new patients and new market share and kind of feed everything back to the hospital just for really critical cases,” Atkins said. “It’s just cheaper for these systems and large groups to practice medicine off-campus in these outpatient ambulatory centers. So that’s kind of what we’re seeing in terms of development.”

Because of hospital consolidation and the competitiveness of the market, the era of the single doctor or a handful of doctors leasing just 5,000 to 10,000 square feet is over, Atkins and other panelists said. Hospital systems are buying physician practices and looking to consolidate them in larger buildings, even 100,000 square feet or so, to provide one-stop shopping for patients. A cardiologist could refer a patient to an oncology specialist associated with the same hospital right down the hall door, panelists said.

H. Guy Leibler, president of Bronx, New York-based Simone Healthcare Development and another conference panelist, described how his firm is repurposing old office and other space for medical users. Simone just completed a project in Greenlawn, which is part of Huntington, New York, at 5 Cuba Hill Road. A 100,000-square-foot former research and development site for defense contractor BAE Systems has been redeveloped for medical use for Mount Sinai Doctors Long Island, which is part of Mount Sinai Health System.

“Mount Sinai will be combining three of its current (multi-specialty physician group) locations in Huntington into a large state-of-the-art multi-specialty practice at the new Greenlawn location,” Leibler said. “That tells you health care is becoming more inclusive, it’s under one roof and it’s more regional as opposed to … 1,500-square-foot offices.“

Simone recently announced a prject at a second property, this one at 104 Campus Park Drive, Harrison, New York, in Westchester County. The company is acquiring a 115,000-square-foot office building and repurposing it as a medical office building, according to Leibler. It is being redeveloped as pediatric ambulatory care facility for Montefiore Medical Center, he said.

Overall, the panel was bullish on health-care properties.

“Medical office within the office sector has really become it’s own niche, an asset class within itself,” said conference panelist Ben Appel, a senior director at the brokerage Holliday Fenoglio Fowler. “Ten years ago, it wasn’t.”

Read the full article at Costar.

Register here! Forgot Password? Back to Login Return to Login