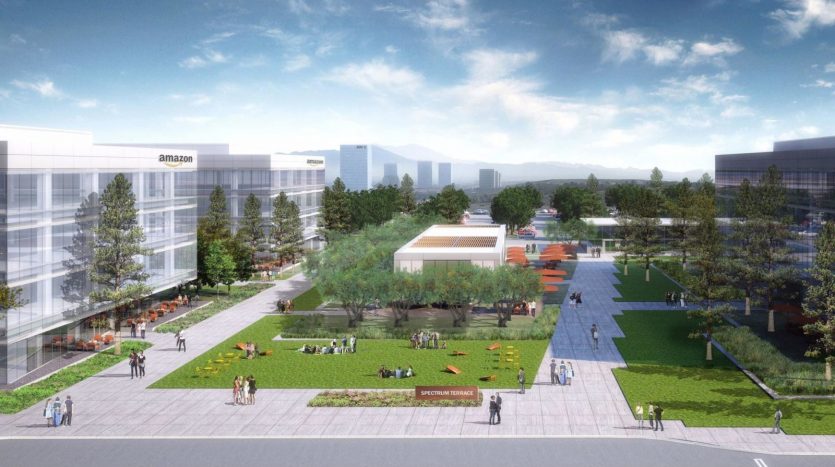 Amazon confirmed this week that 238 North American cities and regions submitted bids to be the home of its planned co-North American headquarters, dubbed Amazon HQ2.

In the U.S., bids were submitted by 43 states and Puerto Rico, only Hawaii, Montana, Wyoming, North and South Dakota, Vermont and Arkansas decided not to participate. Proposals also came from several cities in Canadian provinces ranging from Quebec to British Columbia, as well as three regions of Mexico: Chihuahua, Hidalgo and Querétaro.

Some cities that had planned to join in the competition, such as Little Rock, Arkansas, bowed out of the bidding because it didn’t meet Amazon’s minimum requirements even though it believed it offers what Amazon wants. However, that didn’t deter even smaller cities such as Fall River, MA, from submitting bids.

The giant online retailer is seeking sites in major cities for a “full equal” to its Seattle headquarters and expects to invest more than $5 billion to build and operate its new co-headquarters, which it said could include as many as 50,000 high-paying jobs. In addition, Amazon said it expects its no co-headquarters to create tens of thousands of additional jobs and tens of billions of dollars in additional investment in the surrounding community.

Most of the proposals showed a willingness to offer costly incentives to woo Amazon. Here is a sample extracted from official proposals to Amazon reviewed by CoStar, with summaries announced by localities.

Those incentives could go even higher as many of the localities said their terms were negotiable. Boston’s offer also comes with unspecified amounts of tax abatements and Tax Increment Financing (TIF), as well as additional state funds.

Also various states have offered to include additional incentives of their own. For example, California is offering from $300 million to $1 billion more should any locality in the state be selected. Maryland’s tax incentives were estimated to be in the billions of dollars.

Canada is backing its local bidders by offering $300 million to $500 million more of financial support.

In addition, the bids from various localities don’t include separate individual site incentives being offered, such as free land and buildings, local tax incentives, and other more creative options. Missouri for example is offering to build a Hyperloop transportation system between Kansas City and St. Louis reducing a four-hour driving commute and 55-minute flight time to just 25 minutes.

“In every competition there are winners and those who come close but dont win,” NJ Gov. Chris Christie said. “Let any state go and try to beat that package along with what we have offered here in Newark.”

While New Jersey and many other localities were offering the bank to Amazon, several others took a different approach.

Syracuse’s proposal spelled it out right up front. “You Dont’ Need Grants. You Need Efficiencies!” the proposal stated. “Incentives, no matter how robust or enticing, run out and what you are left with is the market realities of the location selected,” before going on to tout the benefits of its central New York location.

Portland, OR, offered no incentives, instead focusing on its quality of life and the fact that it is one of the top three U.S. markets for attracting college graduates and the second for attracting tech workers out of the San Francisco Bay area.

Toronto’s bid was accompanied by a letter of support from Canada’s Prime Minister Justin Trudeau and a claim that no U.S. city can make: Come to Canada and “you stand to save up to USD $600 million per year because of our universal healthcare,” he wrote.

“New Hampshire does not rely on complex and contingent special tax deals because New Hampshire never collects the tax in the first place. So, our government process does not pick winners and losers. Instead, every citizen and every business is a winner,” the proposal stated.

The state estimated the benefits of its tax policy to Amazon at $600 million a year.