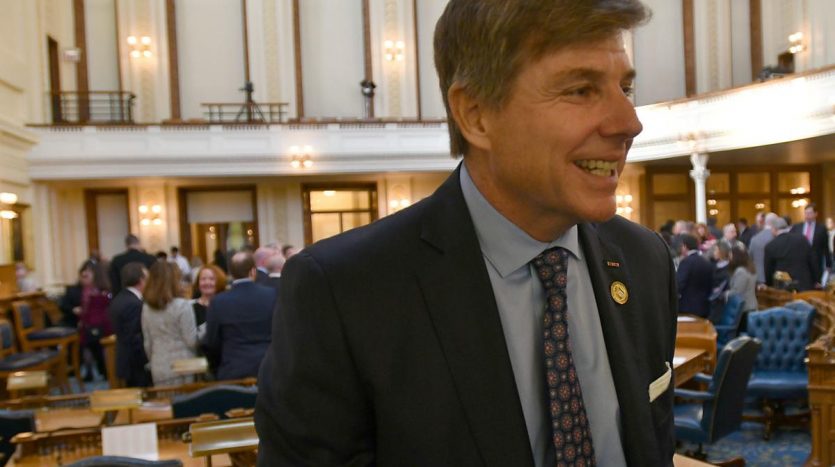 Brown, R-Atlantic, was elected to the state Senate in November after campaigning on the promise he would fight to get Atlantic County its promised share of the PILOT money.

“All along, I have said we should not right-size the city’s budget off the backs of Atlantic County families,” Brown said in the letter. “That is why we were all very disappointed when Gov. (Chris) Christie broke his promise by failing to provide the 13.5% in property tax relief. As I informed (Murphy Deputy Chief of Staff Joe Kelley), this amounts to $4 million a year in property tax relief for our local families and retirees.”

The issue over the PILOT money has been a persistent problem for the county and its taxpayers for nearly two years. The casinos were placed into the PILOT for 10 years when the state passed a package of bills in 2016 that included the state takeover of Atlantic City.

When the package was passed, the county had a handshake deal with Christie that it would receive 13.5 percent of the PILOT money annually. Instead, it has only received 10.4 percent.

The county has since sued the state, arguing the PILOT is unconstitutional and that it should be repealed.

Last year the county lost about $5 million in tax revenue from Atlantic City despite receiving about $100,000 more from the casinos than it did in 2016, according to previous press reports. The county lost revenue because the casinos were taken out of the tax base, thus devaluing the whole town.

This year, the total payments from casinos will increase $10 million, from $120 million to $130 million, so the county will receive more money whether it gets 10.4 percent or 13.5 percent.

Still, taking casinos out of the tax base under the PILOT legislation resulted in a loss of $3.2 billion in ratables.

In 2017, the average homeowner in Atlantic City saw his or her county tax bill drop by $418. Every other town in Atlantic County, excluding Port Republic, had an increase in the county tax bill, ranging from $50 to $574, according to previous Press reports.

Port Republic was spared a county tax increase because it also fell in value unrelated to the PILOT payments.

Murphy can authorize the 13.5 percent payment to the county either through legislation sponsored by Brown or by the powers granted to the state under that state takeover law.

Read the full article at The Press of Atlantic City.